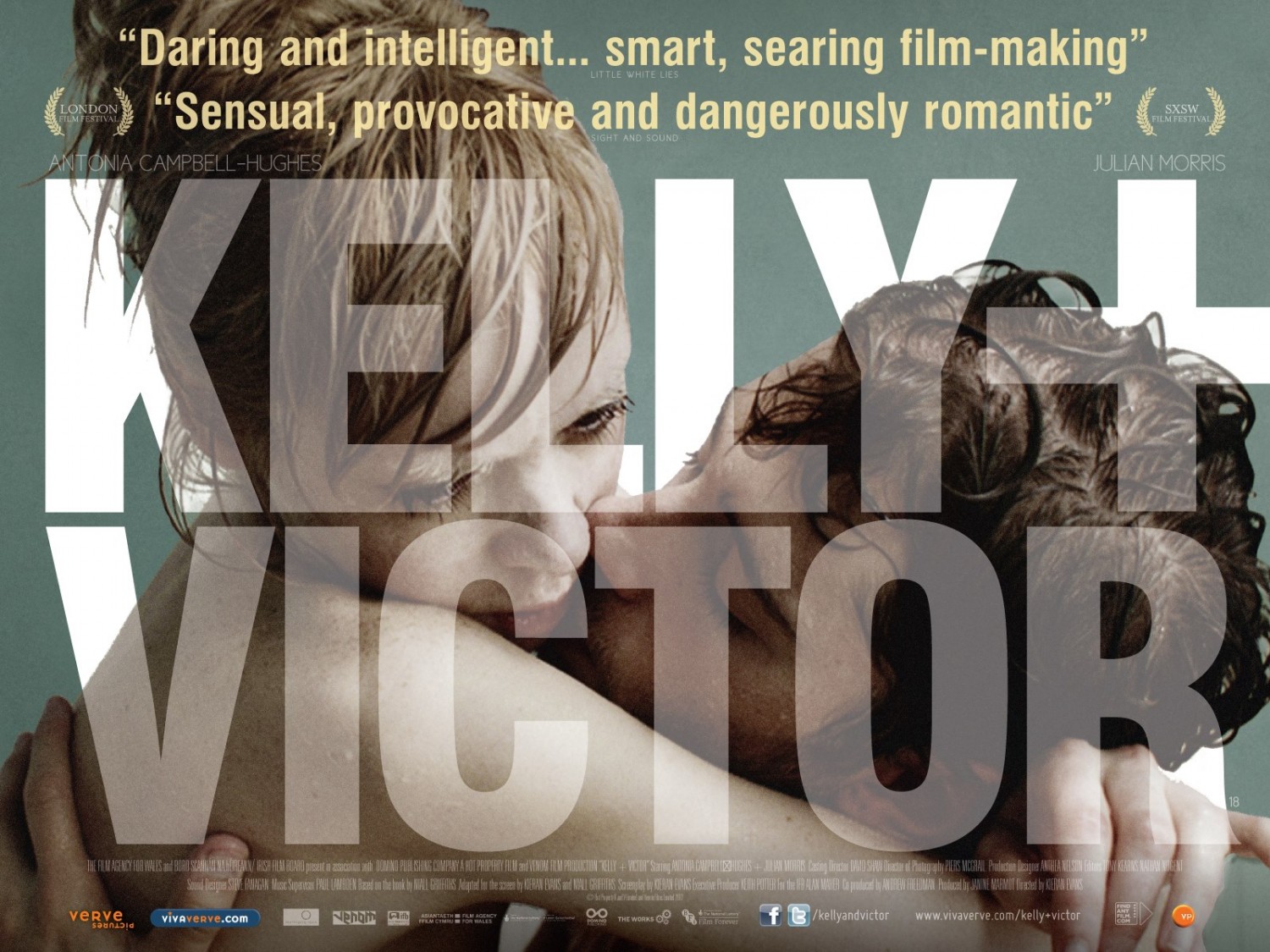 Kelly + Victor is the fictional feature debut of Kieran Evans, a slow, moody drama that is as much about Liverpool as it is about young love and sadomasochism.

Victor (Julian Morris) meets Kelly (Antonia Campbell-Hughes) in a Liverpool nightclub and they almost immediately strike a bond. Following a one-night stand, they find themselves helplessly drawn back towards each other although their passionate affair is far from safe.

Kelly + Victor is an odd film that attempts to show that true love exists, albeit in some less orthodox ways, while also trying to maintain its grim urban art house credentials. Kelly and Victor are clearly experiencing love as the movies show it – drawn together from across a dancefloor and immediately hitting it off. Evans and co-writer and novelist Niall Griffiths’s original angle is that Kelly and Victor’s passionate love is expressed through a series of increasingly extreme acts of sadomasochism. Though to an art house crowd used to such ideas this should raise only a noncommittal shrug of “each to his own”, Evans seems less fraudulently sexually cosmopolitan. His film is designed as a series of shock tactics and eventually boils down to a rather conservative cautionary tale. So while Kelly + Victor may seem more honest than the “seen it all before” audience that the film is marketed towards (“not for the fainthearted” says one blurb) and will surely attract, it is a lot more dated and judgemental.

Morris and Campbell-Hughes are game and turn in good performances, though Evans and Griffiths do throw them some awkward dialogue and a few moments that tend towards the unintentionally comic. Kelly as a character is a bit of cipher, her almost inadvertent sexual violence – she does not seem to be able to help herself – given a lot less context than Victor’s openness to the same. Victor is a lover of pretty things and constantly gushes about nature, music and art. That Evans and Griffiths see a disparity between his love of these things and also of S&M may suggest a conservative attitude but it is a surprising angle for a love story – a couple who love each other who just so happen to be into sadomasochism. The film is even structured like a typical romance story though with a less typical emotional (and physical) intensity obviously.

Nonetheless it is not really the stuff to hang an entire film on and there is a lot of Kelly + Victor that feels a lot like filler. And a lot more that feels standoffish. Evans directs with a degree of tact and naturalness but his editing (along with Tony Kearns and Nathan Nugent) and music choices are thoroughly judgemental. We are meant to be shocked, appalled and even a little scared. It is strange that a director so apparently disgusted by such things would choose to make a film about them.

In place of further context with the characters or a more nuanced insight into S&M, which is surely not always so violent, we have a lot of footage of Liverpool, a character in the film but one that doesn’t add much. It seems a feature of films set in Liverpool that the city will take over from character and plot (see David Morrissey’s well meaning but plodding Don’t Worry About Me). Evans clearly knows what he’s about and has a strategy in mind, but he has made a cold film that is too reliant on trippy art school effects and shock tactics to be wholly convincing.

Posted by Matthew McKernan at 14:15