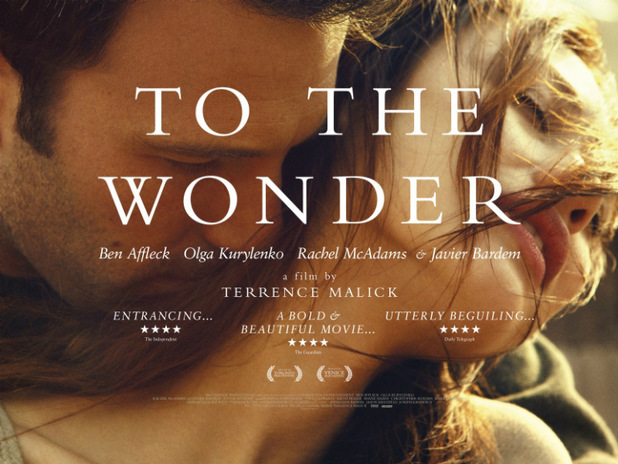 The top four films of the year are all from the USA, which ought to be a disgrace, but there are just that good.

11. Museum Hours was an endlessly fascinating wander through the unknown avenues of art and cinema, being a fictional narrative, a documentary, a city symphony, an essay film, an art lecture and a rumination about how life effects art and vice versa. It encourages its viewers to look at the world differently and has a highly egalitarian view of what constitutes art. As a result, it is fascinating, unpretentious and, in some small way, inspiring.

10. Reality starts badly, appearing to mock its celebrity obsessed characters until, following one odd gear change after another, you realize that, despite yourself, you are rooting for them to succeed. With a great ending to finish it all off, it ends up being a funny, moving, unexpectedly profound film about our culture and ourselves.

9. The Place Beyond The Pines is a story of generational conflict, pain that lasts longer than memories and the passage of time. It is powerfully moving and surprisingly simple. Derek Cianfrance adds immensely to his portfolio, while retaining the Cassavetes-inflected style that made Blue Valentine works so well. Brilliantly made, it is a film of ambition that actually manages to succeed on its own terms.

8. Like Someone in Love is another film that plays around with identity and story from Abbas Kiarostami but here, unlike the stilted and clinical Certified Copy, he is also having fun. The themes are given centre stage to such an extent that it becomes a little one-note, but Kiarostami is always able to add a new situation or a new idea to add further interest and complexity. Alongside No. 5, it uses ambiguity better than any film this year.

7. Something In The Air may subtly criticise the ethics of the revolutionary young, but it is primarily a work of nostalgia, one that is all the sadder because the traces of that intellectual antiauthoritarianism are becoming more and more distant. Nonetheless, it is a lot of fun, particularly if you are interested in 1960s-70s French cinema and the politics behind much of it, and very well made.

6. Gloria. An uplifting film about a middle-aged woman in search of love, which is never ironic or patronising. Paulina Garcia is brilliant in the central role and Sebastián Lelio directs with a compassionate camera that seeks and finds wonderful moments of humanity, romance and humour.

5. Beyond The Hills is a brilliant investigation of the power of faith on the individual and on the group. Based on a real case, but far from accusing or exploitative, it examines the power of religion by refusing to tell the audience whether the possession and subsequent exorcism that led to murder is real or merely acts of hysteria. It is brilliantly shot, well paced and proof that visual and editing tricks are not necessary to sustain interest. The performances in particular make it such a powerful film.

3. To The Wonder is another beautiful film by Terrence Malick, which defies anyone to write about it. It is, at the end of the day, a film that has to be seen to be fully appreciated and no writing about the film’s themes (matching the failure of love in a relationship with the failure of faith in a priest) or imagery (finding the infinite in a shot of sunlight on a fence) is going to prove otherwise. It is possibly the truest film of the year – i.e. the film least likely to be adapted effectively into another medium. Pure cinema.

2. Alexander Payne would most likely always earn a place on these lists as long as he keeps making films. Nebraska is a lovely, pleasing little film that is all the more effective because so few filmmakers bother making films about people anymore – though this year seems to be a good year for that. This film (and Nos. 1,4,5,6,9 and 10) is ultimately about people and is, hence, about our lives, our families and our friends. While films with more of an agenda may be more worthy of praise (a decision I made in 2012 with The Descendants and This Is Not A Film), films like Nebraska are more than important, they are necessary.

1.  Before Midnight is the best film of the year and it may even be the simplest. With this series, Richard Linklater, Ethan Hawke and Julie Delpy have created two characters that are so believable and so likeable that we can simply just watch them. Without the romantic genre trappings or the ever-approaching deadline of the first two films, Before Midnight is the most realistic and the most melancholy. However, it is also incredibly respectful and moving, allowing any character to have their moment – Xenia Kalogeropoulou does more with one monologue than many actors do with entire films. It is a film in which the characters live and breathe, think and talk, have pasts and hopefully futures.

As I refer to above, some films are worth mentioning for their importance, even if they are less successful as films in themselves. In that case, special mention goes to The Act of Killing and Dirty Wars.

Posted by Matthew McKernan at 12:59