Here is a quick round-up of short reviews of 2014 films I have seen but didn’t have the time to write up properly. All are either films seen recently for awards consideration (through my membership with the OFCS) and the rest are films I missed and saw later on TV or DVD or VOD.

The Skeleton Twins is an indie American drama taking inspiration from Ingmar Bergman in its dark themes and from Judd Apatow with its sense of humour and the casting of Kristen Wiig and Bill Hader. Both are quite good – particularly Hader – but the film does not seem sure about whether it wants to follow the typical beats of the Apatow formula or challenge and interrogate as Bergman would have done. It veers too far towards Apatow, as well as towards mawkish sentimentality, to be properly successful, but it is reasonably diverting.

A Most Wanted Man is another John le Carre adaptation to follow the success of the recent Tinker Tailor Soldier Spy. Anton Corbijn will probably always be worth watching, even if he continues picking less than brilliant adaptations (see The American). Here, he is straitjacketed by the plot-heavy story, but he nonetheless gives the film a nice feel and a forward momentum it would otherwise certainly lack. The film ends up feeling more successful than it probably should.

More successful, though slightly barmy, is Tommy Lee Jones’ new film The Homesman, which takes a funny but powerfully bleak, existential view of the Western and never lets up. It is a strange, flawed, risk-taking, endlessly intriguing film full of suffering and madness – and it is probably one of the most successful psychological Westerns yet made. 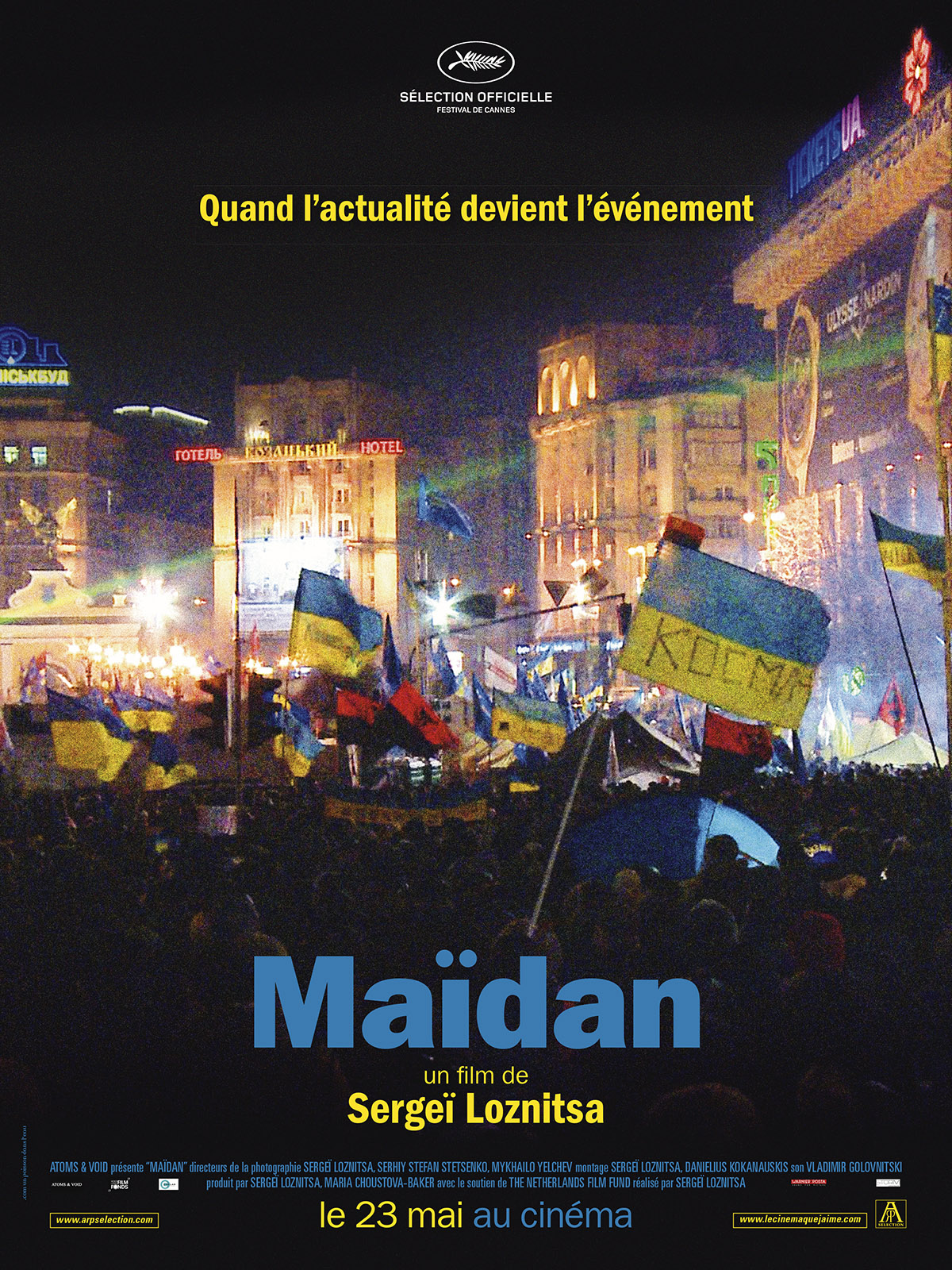 There is something of the art installation about Maidan, a documentary record of the protests in the central square in Kiev during 2013 and 2014, which makes it a moving, bold and oddly inhuman spectacle. The camera is largely kept steady and at a distance, capturing an almost anthropological view of a revolution in progress. Moments of raw humanity do manage to sneak in, but they are just as likely to be overwhelmed – many of the images in the film require a lot of searching. Whether Loznitsa was aiming for balance or a cold purely observational style, he doesn’t really succeed in either case, since the cameras are entirely focussed on the plight of the protestors and not the cops and the camera, editing and sound are often engineered to provide an emotional effect. None of this is particularly problematic, though it leaves the film feeling somewhat slight. The film’s most damaging flaw is its near total lack of context – there are only a few paragraphs of text – which robs this protest of its arguments, its debates, its flaws and its strengths. By the time the film closes with vigils and tributes for the hundreds dead, it is difficult to know why any of it had to happen.

The Boxtrolls is an odd film – less successful than ParaNorman, but more challenging. It has a wandering plot and pays too much attention to Boxtrolls messing around Minions-like, which is never particularly funny. It takes a while to get going, but by the end of it, you may have warmed to it enough for it not to matter. Or maybe not.

Night Moves is a film about environmental terrorists from an arthouse director and, hence, should have been more challenging and interesting than last year’s disappointingly mainstream The East. A pity then that after a fairly solid first half, the film reveals itself to be a context-less wallow in the old themes of guilt and paranoia. Instead of political and/or moral complexity, we get the same old ambiguity – a didactic form of non-didacticism in which the impression is given that the audience is left to think whatever it likes and is yet carefully guided towards a shrugging apathy. Kelly Reichardt avoids making a point about anything and Night Moves, somewhat shamefully, offers no opinion but attacks those who do.

As for films I’ve missed, but caught up with:

I have a fondness for Mark Cousins’ style of unembarrassed and honest pretension and I have enjoyed the infectious fun and joy of experimentation in the films What Is This Film Called Love? and Here Be Dragons. However, when Cousins is on firmer ground, he is less able to make it all up as he goes along. That problem effected parts of his massive The Story of Film series and it remains present in The Story of Children and Film. It has its moments and its insights, but it is less risky and less innovative and, therefore, less fun. On TV.

Heli is a tough Mexican crime film about drugs, torture and corruption in a remote part of Mexico. If there is a point to this film, and the long and lingering arthouse style suggests there is at least a surface point, it is lost in a parade of suffering and nastiness. Most people will come away from the film thinking about the scene where the bollocks are set alight rather than anything of value. In short, it is tough to figure out why this film exists. On TV.

Belle was better. A British costume drama that is (to a point) aware of the flaws within its own conventions, Belle attempts to address race and feminism from within the confines of the Austen-Merchant Ivory style. There are some nice scenes, particularly one in which Belle is disturbed when her servant for the day turns out to be black, suggesting that Belle is more comfortable amongst people of her own class rather than people of her own race. Ultimately, the film descends into silliness but it was a nice attempt to do something new and a welcome new perspective in an industry that is too often both white and male. Rental.

The Monuments Men should have been great fun with a nice little tribute to art underneath the comedy and drama, but it fails to strike a good balance between fun and ‘the message.’ Clooney over-sentimentalises the subject and his characters, and the ‘funny’ scenes, considering the cast, aren’t as funny as they should be. On TV.

Ida was another film that should have worked. Its story about a woman looking into her community’s past actions during the turmoil of WWII and their collaboration with the Nazis recalls the excellent The Nasty Girl. However, the film is made with a self-conscious arthouse style that recalls a degree of Carl Dreyer, but which mainly mirrors a lot of other modern arthouse films. The style adds little beyond a melancholic, leaden tone and the film’s real ideas about the past and suffering and knowledge are lost underneath such consciously austere stylistics. VOD.

The best films that I missed this year were Two Days, One Night and Starred Up, both excellent depictions of people left behind, either in the workplace or in prison. Both films are remarkably powerful and dramatic and stand as important works calling for more understanding and more communication. I’ll be writing about both tomorrow. Rental.

Posted by Matthew McKernan at 10:38