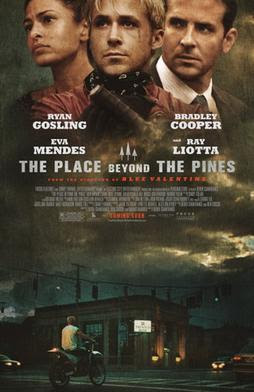 There’s been a lot of films I have missed, ones that I didn’t bother reviewing (usually for lack of anything particularly interesting to say about them) and a ton I have been sent recently for awards consideration which I couldn’t possibly keep up with. So here’s a quick round up of short reviews.

First, ones I saw but didn’t review:

Hors Satan – A strange art film that moves between moments of extreme beauty and philosophical depth (if the idea that Nature’s cold, uncaring gaze would be embodied more accurately in the figure of a serial killer than a saint is particularly deep) and shock tactic that reach the level of Monty Pythonesque silliness. Odd, slow but somehow fascinating.

Hitchcock – Dull, tame film about the making of Psycho. Surprisingly lacking in anything interesting to say whatsoever about Hitchcock or filmmaking, with the central role taken by a pile of bad makeup. BBC’s The Girl wasn’t much better, both films failing to realize that Hitchcock – sex pest or genius – is only a portly British man who made films. It is the films that are interesting – especially Shadow of a Doubt and Rear Window.

I Give It A Year – The rom-com is now considered so bland and formulaic that the only way to breathe new life into it is to make the two central characters as unlikeable as possible. I Give It A Year thinks it is rewriting the rules, but it’s the same stuff done worse.

This Is 40 – After the long, unfunny Knocked Up and, even worse, Funny People comes an even longer, even less funny film in which Judd Apatow attempts to make an adult film about life, love and aging. Having mistaken adult themes for adult jokes, he has made possibly his most childish film yet and also his most narcissistic. Paul Rudd (Judd’s replacement) and Leslie Mann are not playing human beings, and the story about their financial woes is hard to believe since they seem to be doing so well. Elsewhere, there is a raft of bad cameos, which only make it longer and longer and longer.

Promised Land ­– Disappointingly traditional in terms of the storyline, this film is a simplistic treatment of the fracking controversy, being a film more about one man’s shifting morality, hence dodging the political for the much less controversial personal. Nonetheless, it is well made, well performed (Damon is very good in it) and it moves along at a good pace. A very good drama, but it isn’t stepping on anyone’s toes when it should be.

Stoker – Park Chan Wook’s first English language film is so stylised that it is utterly devoid of meaning. Even trying to think about it is a waste of time. It evaporated from my memory pretty quickly, though the frequent comparisons to Hitchcock’s Shadow of a Doubt (it again) can still make me roll my eyes.

Robot & Frank – A pleasant, amusing little yarn that rushes an inevitable ending a little too fast. It also runs out of steam, but it is light fun and Langella is great in it.

Frances Ha – I didn’t review it for the same reason as Stoker. It is another film that it is difficult to say anything constructive about. Frances is deeply unlikeable as are all of her friends. The fact that she is out of university and coasting, trying to find the thing that she’ll have to do for the rest of her life (something quite close to home at the moment), should have made her sympathetic but it really doesn’t. Dull, pretentious and really rather infuriating.

The World’s End – The latest Pegg/Wright/Frost film is a lot less irritatingly self-referential than Shaun of the Dead but it is probably their most pointless film yet – some good character comedy all to swiftly dropped for a derivative, unimaginative sci-fi storyline and some misplaced, contradictory morals. It is hard to imagine that the filmmakers were even enthusiastic about any of this.

Cloudy With A Chance of Meatballs 2 – The original was bizarre but very funny. The sequel is more bizarre and less funny, and it feels – sadly - a lot more tightly structured and commercial. However, it is still a lot of fun.

Gimme the Loot – I have been wanting to see this since I first read about it all the way back in May but it never came out in Belfast. A pity, because it is a fresh, vibrant comedy that is charming and thoroughly likable. The premise doesn’t initially sound very promising, but it is barely referred to and is merely an excuse for a wander around New York and a chance to meet some of its inhabitants. It is also a nice antidote to the entitled characters of Girls and Frances Ha. Its major influence seems to be Cassavetes’ Shadows – and Gimme the Loot is fantastic proof that a film made quickly and cheaply on the streets can be just as good as anything made by committee, indeed better.

The Last Time I Saw Macao was another one I’ve wanted to see for a while, but it was much more disappointing – especially since it is oddly similar to a lot of films that did make it to Belfast. The movement between fiction, documentary and essay recalled Museum Hours and the playful use of the East that the West sees reminded me of Mister John. It is an interesting watch, designed as an allusive puzzle in which half the fun is trying to put all of the film’s disparate elements together into one thematic whole. But, ultimately, the film is blandly inhuman – probably by intention since humans are largely absent from, if not bisected by, the frame. The real mystery is not the nourish storyline but how the past affects the present and how it can give a city a presence. Ultimately, Jem Cohen found that a museum was a much more fruitful location to address these themes, giving The Last Time I Saw Macao a rather redundant quality – one it doesn’t necessarily deserve but one it’s stuck with.

The Place Beyond The Pines – Ambitious, moving and well made. When the focus shifts away from Ryan Gosling, the film does flag a little, but a little wandering is fine, since the film has a cumulative emotional weight. The film powerfully conveys how small actions can effect the future much more effectively than nostalgia and memory. In its surprisingly simple way, it is very moving.

Despicable Me 2 – I never saw the first one, but it doesn’t seem to bare too much on this dull sequel, which relies too heavily on its pointless storyline, overblown action sequences and the charmless Minions in place of decent jokes. The voice actors are all as irritating as their characters.

Upstream Colour – The best thing about Upstream Colour is that, in its own, highly original way, it makes sense. It challenges the viewer to make connections (plot and emotional) through a near unique cinematic language. It is also very nice to look at. It’s one big flaw is that it is hard, after about an hour, to maintain an interest in a plot about pigs having psychic connections to humans thanks to some maggots.

Ain’t Them Bodies Saints – Decided against seeing this at the time it was released since I thought it won’t be much more than a mixture of Badlands and The Assassination of Jesse James By The Coward Robert Ford. It isn’t, but it is nonetheless beautiful to look at, well told and nicely performed.

A Teacher – Too distancing to allow you to care particularly about the characters, but it is a decent effort, hampered a little by a too obvious Haneke influence. The final shot is surprisingly powerful, though.

These Birds Walk – Unfocused, but nonetheless important, its humanitarian message coming through despite the bumps along the way. The most uncomfortable moments may unintentionally be the filmmakers refusal to intervene during a fight, which they gleefully film regardless. Nicely shot, though, and a powerful statement about what effects the wars and aggressive foreign policies of the adults have on children.

Call Me Kuchu – The story of the Ugandan anti-gay legislation needs to be told, but this documentary’s personal focus is rather unhelpful. Though it is a moving, personal statement about the new laws, it fails to represent the society at large and it is too non-confrontational – letting one particularly venal newspaperman off the hook. It is also rather overlong, possibly the result of the production occurring while events were still on-going - it lacks a structure.

Blue Caprice – The story of a real life case, the film tries hard not to be exploitative, and largely manages it, but fails to find an alternative approach. Isaiah Washington is very good as is Tequan Richmond, but their characters are too unknowable to sustain a drama about dependence and loss. Nonetheless, this lacking is brilliantly turned into an advantage with a subversive Psycho-style ending that cleverly mocks the cheap, lazy cod-psychology that films about psychopaths usually dish out.