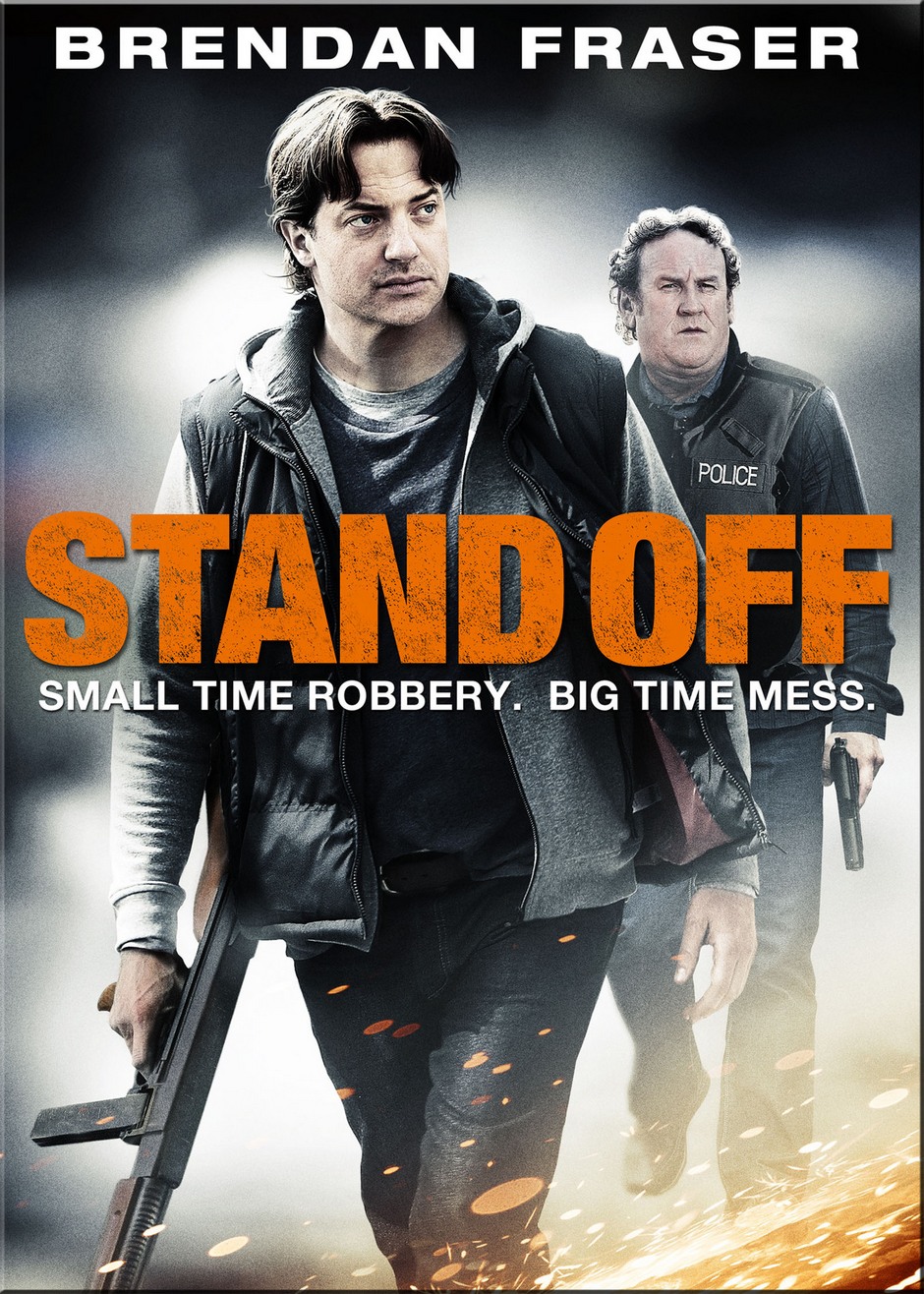 Whole Lotta Sole is Terry George’s follow-up to The Shore, his Oscar-winning short film. Contrasting with the reception of the short (sold-out screenings, a lot of news coverage, rounds of applause), this new feature, filmed in Belfast and Downpatrick, played once locally in the 12th Belfast Film Festival in 2012. Afterwards, it disappeared, wondering into the smaller and more obscure US and UK film festivals, before being released as a straight-to-DVD feature under the pointless title Stand-Off with a blurb that makes no reference to Belfast or The Shore and a remarkably feeble tagline – ‘Will Appeal To Fans of Snatch and The Guard.’ Where The Shore was praised as the great leap forward for a viable film industry in Northern Ireland, George’s follow-up seems to have given a lie to that notion.

As the DVD has it: In an attempt to protect his family and pay off his gambling debts to a local gangster, Jimbo robs the local fish market unaware that it s owned by the gangster. On the run, he hides out in an antique shop where he takes hostage a group of people, including Maguire (Brendan Fraser) who may (or may not) be his father. Surrounded by the police, the SAS and the gangsters crew Jimbo must use his wits (and some antique guns) to try and stay alive.

Jimbo, by the way, is played by Martin McCann, one of the more talented local actors, but presumably not a big enough name for the back of the DVD.

Anyway, the film, such as it is, is very much a crime comedy, a staple of Irish cinema since I Went Down did so well. Since then, however, the genre hasn’t produced many greats, merely a few fun but disposable gangster comedies. Only In Bruges managed to be properly subversive and create something dark and original out of these kinds of tropes. The villain of Whole Lotta Sole is a gangster called Mad Dog Flynn (David O’Hara) so it was never particularly promising. The story of the film – as it plays out in the film and not as described on the DVD – is slightly off-kilter and the opening moments throw in so many strange characters that the film might only prove unconvincing to a local audience and bewildering to everyone else. Father and son policemen, the Wellers, (Colm Meaney and Michael Legge) are introduced long before they are needed and a family of over-the-top gypsies seem to be there for no reason until midway in the film. Maguire seems to be the main character but the film never takes the time to introduce him – the plot unfolds slowly with a lot of twists and turns, which requires many of the characters to be initially unknowable – and he disappears from the screen for long periods of time. Sophie (Yaya Alafia), Maguire’s love interest, has nothing whatsoever to do. The dialogue is poor too, with mostly vague lines given by characters who often appear confused and lost. An early confrontation between Flynn and Jimbo’s wife Annie (Mary McCrossan) seems either to be full of meaning or awkwardly made up on the spot. The plot, when it is all revealed, relies heavily on odd circumstance and coincidence and the stand-off of the DVD title is devoid of tension since it is all played as slapstick.

As a comedy though, it is only slightly diverting. Detective Weller’s exasperation with the SAS is a comic nod to Northern Ireland’s current situation and it is believable but lacking in wit. Weller is equally exasperated that no one recognises that quote from Cool Hand Luke. Colm Meaney is stuck with more bad dialogue about ‘those days’ though it isn’t as embarrassing and morally dubious as the truly awful A Belfast Story – which, incidentally, got a cinema release. Weller is also exasperated by his son’s secret conversion to Catholicism, which seems to be trying to make light of The Troubles and the divisions still prevalent in Northern Ireland (if not spuriously attempting to suggest that they no longer exist) but it doesn’t go anywhere. In fact, most of the references to The Troubles in the film are bizarrely pointless, some possibly even misguided. When the twists have played out and all is revealed, the film has nowhere to go so it just wraps up with a few bangs haphazardly done and a truly awful ending in which the characters pose awkwardly in front of a fake holiday backdrop and wave to the audience in a last ditch attempt to charm a gypped audience.

Some far as acting goes, Meaney is better here than in A Belfast Story and Legge is decent. Brendan Fraser, presumably here for complicated co-production reasons, has nothing to do. The two kids Petie and Paulie (Jamie Kierans and James Napier respectively) are quite good but too many scenes rely too heavily on them for cheap laughs, while their parents (Amanda Hurwitz and Frankie McCafferty) are over-the-top. Martin McCann continues to prove himself as a talented and convincing actor, but he still hasn’t got a role to properly showcase his abilities. In certain scenes, he acts everybody off the set. He is also the only actor who doesn’t play it as a comedy and is the best for it.

Whole Lotta Sole is, then, another wasted opportunity for Northern Irish cinema – not as bad, or as funny, as A Belfast Story but nothing to be proud of. Like The Shore, it builds itself up and then goes nowhere. Neither of these films seems like the work of the Terry George who wrote In The Name of the Father and Hotel Rwanda – though it does feel like the Terry George who wrote The Boxer. The film’s release seems like a bewildering mistake until one actually sees the film – a ramshackle and uneven mess that is just plainly badly made. A lacklustre, misleadingly designed straight-to-DVD release being probably the most appropriate.

Posted by Matthew McKernan at 10:12